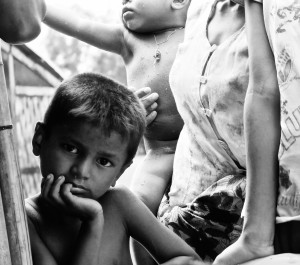 Southeast Asia’s diverse peoples have coexisted more or less peacefully for centuries using traditional forms of cultural accommodation and modern forms of segregation imposed from outside.

Both have been loosely defined as forms of pluralism – a term that denotes the ability of people of different ethnic groups and faiths to live side-by side, even if separately.

Of late, however, these established patterns of social tolerance and stability have been subject to strain. Across the region, conflicts between different groups of people with long traditions of peaceful coexistence are increasingly common.

Just in the past year, Christian communities that never had problems with neighbouring Muslims saw their churches burned in Indonesia; Muslims who have lived and worked as citizens in Buddhist majority Myanmar were deprived of the right to vote or sit in parliament. In Malaysia, Christians were told they couldn’t use the Malay word for God and non-Muslims are finding themselves increasingly subject to conservative Muslim restraints on behavior.

The problem is that pluralism, with its comforting notion of togetherness even without integration, is being replaced by identity politics, where lines of race and religion are clearly drawn and used as battle lines to secure and protect political power. This in turn is generating tension, and at times violence.

The implications of this unravelling of pluralism for stability in Southeast Asia are grave. The probability of violent ethnic and religious conflict along communal fault lines increases; the opportunities for radicals to sow religiously inspired hatred and spread violent extremism proliferate.

Most of the nation states in Southeast Asia allow freedom of worship and recognise ethnic diversity to varying degrees.

Indonesia with its Muslim majority guarantees freedom of faith in the constitution, as does Malaysia. Both countries avoided embracing Islamic statehood to avoid alienating non-Muslims. Similarly, Thailand is a majority Buddhist nation, but provides legal and constitutional guarantees for freedom of religion.

Worryingly these legal and constitutional safeguards are being steadily eroded.

In Indonesia, the constitutional right to freedom of worship is countered in many places by bureaucratic injunctions on establishing places of worship. In Malaysia, there are concerted efforts to impose the criminal code under Islamic Sharia Law.

Bills recently passed by the Myanmar parliament will likely make it illegal for a Muslim to take more than one wife, for a Buddhist to convert to Islam and greatly curb interfaith marriage.

Ethnic diversity is officially embraced and celebrated in all the nation states of Southeast Asia, but the practical arrangements often involve degrees of inequality and prejudice.

Unity and diversity underpins the basis of the state in Indonesia, but it was only in the past two decades that ethnic Chinese won the right to officially use the Chinese language and form their own social and political associations.

Malaysia has long had ethnically defined political parties, but the Indian and Chinese minorities are not accorded the same economic privileges as the Muslim Malay majority. Thailand defines all of its citizens as Thais speaking Thai.

Some space is given to Muslim Malays and hill tribe minorities to speak their languages and follow their customs, but administrative and political autonomy is denied to the Malays of the Deep South, which is the key driver of a violent conflict that has killed more than 6,000 people in the past decade.

Vietnam and Laos have battled their highland minorities but of late reached accommodation with them and introduced more tolerant policies. Myanmar recognises 135 different ethnic groups, but does not recognise the Muslim Rohingya of Rakhine State who are stateless.

The opening of political space and broadening of popular sovereignty accompanying slow moving reform across the region has had a mixed impact on levels of tolerance and integration.

Democracy and decentralisation has tended to sharpen the boundaries of faith and identity rather than blur them. This is perhaps because political parties appeal to issues of race and religion to garner votes rather than presenting platforms based on inclusive social and economic development.

When around 200,000 people took to the streets of Kuala Lumpur in mid 2015 to call for investigation of a government corruption scandal, the government said the protest movement, known as ‘Bersih’, wasn’t representative because most of the protestors were Indian and Chinese. A government-backed counter protest stirred up racial tension prompting the Chinese ambassador to visit Kuala Lumpur’s Chinatown area and call for tolerance.

This erosion of pluralism doesn’t just risk the outbreak of violent conflict; it also obstructs the development of mature democratic societies where citizens have equal opportunities.

The disenfranchisement of around one million Rohingya in Myanmar stands out, but there are growing concerns about the future for ethnic Chinese and Indians in Malaysia, who find themselves increasingly marginalised and unable to contribute fully to their nation’s development. Many are simply leaving as a result. Intermarriage with Malays, though not illegal, involves obligatory conversion to Islam.

More alarming is the polarisation along religious lines.

Southeast Asia’s 600 million people are roughly equally divided between Theravada Buddhists and primarily Sunni Muslims. The mass movement of Muslim Rohingya out of Rakhine State – an estimated 70,000 have left in the past two years – could herald an alarming trend towards migration to escape the threat of sectarian violence. The recent attacks on Christian churches in Aceh Singkil displaced close to 10,000 people in a matter of weeks.

Segregation is common in areas affected by religious tension. A vicious religious conflict in Indonesia’s Maluku province, which ended in 2001, has left Christians and Muslims living apart. As a result fear and prejudice prevails. In the aftermath of the Aceh Singkil church burnings in October, it took some effort by community leaders in Maluku to halt a Christian backlash against Muslims.

Is there a way to stop this deterioration of the plural fabric of Southeast Asian societies? Is a sectarian, segregated future avoidable?

The original definition of pluralism is derived from the work of a British colonial official John Furnivall. He observed members of different ethnic communities artificially thrown together by the colonial economy ‘mixing but not combining’ in the market places of Rangoon and Jakarta.

“Each group holds by its own religion, its own culture and language, its own ideas and ways,” Furnivall wrote. “As individuals they meet, but only in the marketplace in buying and selling. There is a plural society, with different sections of the community living side by side, within the same political unit.”

The colonial powers used strict lines of racial division to control exploited populations, thus bequeathing the region disintegrated societies at the birth of modern nationhood. Modern Malaysia and Myanmar remain prisoners of this colonial legacy of pluralism, which helps explain some of the contemporary social pathology and how it is manipulated.

It remains all too easy for aspiring power holders to tug on these arcane social strictures to cement their grip on power.

The Malays in Malaysia are constantly being told by their leaders that they are threatened by non-Malay races, that they must seek protection from their government – just as the colonial rulers offered privilege and protection to the Malays to keep them from bonding with Chinese and Indian labourers and questioning the colonial order. This is very much old pluralism in a new guise.

But there is another, modern meaning of pluralism, that has more positive implications for social integration. This assumes that the democratic process creates a better understanding between different communities by empowering them at the ballot box thus ensuring their interests are heard and represented.

There is no doubt for example that the Muslim Moro of Mindanao in the southern Philippines have grown less restive and feel they have more dignity after being granted a form of autonomy that allows them to elect their own Governor, as in the Indonesian province of Aceh, where the former Free Aceh Movement now leads an autonomous elected government.

Perhaps the best way to preserve the peace and ensure prosperity in a region so defined by diversity is to promote the new definition of pluralism at the expense of the old. Togetherness and a common sense of national identity needs to replace notions of divide and rule as well as exploitation instilled by colonial systems of rule.

However, pluralistic politics needs the modern tools and institutions of democracy to prevent political parties and their leaders seeking refuge in the cloistered catacombs of identity. This means that political parties need inclusive programs; election campaigns need strict codes of conduct, and leaders need to represent all their people, not just some

As for the situation today: sadly if John Furnivall were alive, he would recognise many of the characteristics of pluralism as he first defined it in the 1930s.

Michael Vatikiotis has been a writer, broadcaster and journalist in Asia for more than 35 years. With family origins in the Middle East, he has lived in Egypt, Indonesia, Malaysia and Thailand as well as Hong Kong. He has written three books on Asian politics: “Indonesian Politics Under Suharto” and “Political Change in Southeast Asia.” Most recently (2017): “Blood and Silk: Power and Conflict in Modern Southeast Asia”. His published fiction includes two novels set in Indonesia, “The Spice Garden” (2006) and “The Painter of Lost Souls” (2012). His latest book is “Lives Between the Lines: A Journey in Search of the Lost Levant” published by Weidenfeld and Nicolson in in 2021. He currently lives in Singapore working for the Centre for Humanitarian Dialogue, a Geneva-based private foundation that facilitates dialogue to resolve armed conflicts. He is a regular broadcaster and contributor to the opinion page of several newspapers. Vatikiotis is a graduate of the School of Oriental and African Studies in London, earned his doctorate, which was on Thailand, from Oxford University, and was awarded an honorary doctorate from the University of Maryland. He is a member of the Asia Society’s International Council and speaks the Thai and Indonesian languages fluently.
View all posts by Michael Vatikiotis